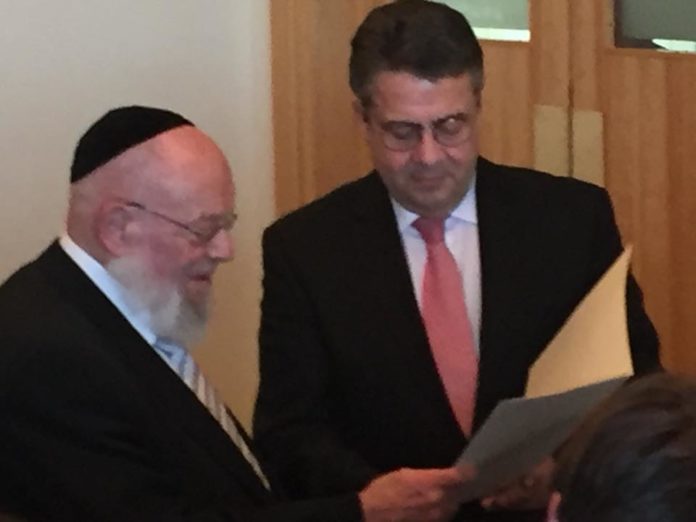 “A year ago German Foreign Minister Sigmar Gabriel called Israel an Apartheid state. Yesterday was his last day as Foreign Minister due to the fact that he was thrown out. What was his last act? He had to honor Rabbi Dayan Ehrentreu for spreading Torah all over Germany. He literally went from the ceremony to clean out his desk. Probably should have done his research and read Megilas Esther….”