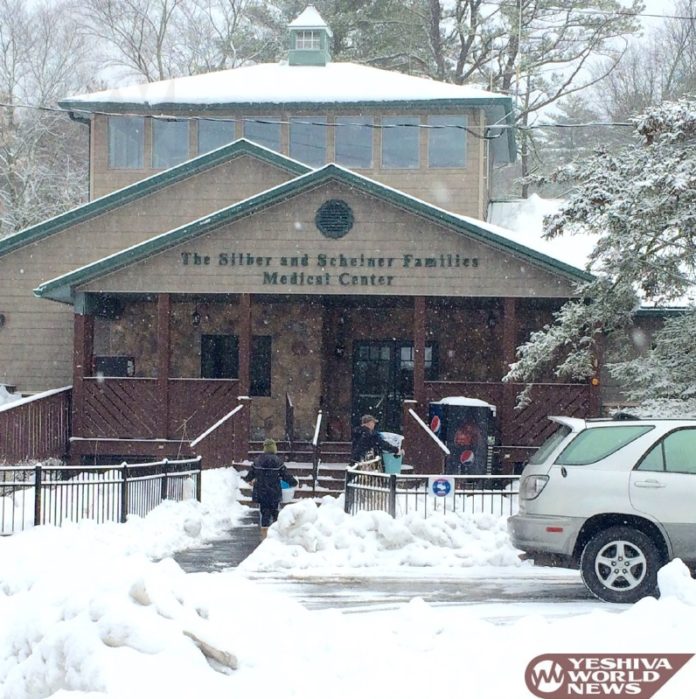 In the aftermath of brutal winter weather that caused widespread power outages and left many in Sullivan County shivering in the dark, Camp Simcha, a project of Chai Lifeline, has emerged as a beacon of light by opening up its facilities as a warming center for area residents.

Located in Glen Spey in the Town of Lumberland, Camp Simcha has always done its part to be a good neighbor.

“We are in touch with the town supervisor, the fire department, the local police and the county sheriff and try to keep a strong relationship with them,” said Camp Simcha program director Nachman Maimon. “All of our buildings have generators and we have had a long standing offer in place for years with the local community – in case of an emergency Camp Simcha is here for you. We never really knew what we could do and if they would ever take us up on it.”

But after being hit hard on March 2nd by Winter Storm Riley, which dumped more than a foot of snow on Sullivan County and left well over 10,000 without electricity, the Town of Lumberland took Camp Simcha up on its offer, opening up a warming center at its Glen Spey campus. Residents have been able to take advantage of overnight accommodations, hot showers, laundry facilities, fresh coffee, bottled water and recreational facilities and games to keep children entertained. Newly purchased crockpots that will be donated after the crisis has passed give visitors the opportunity to heat up hot meals in the large dining room.

“When most people think of a warming center, they think of a gym with some cots or sleeping bags, but when people come here you see the utter shock on their faces,” said Maimon. “We have a cleaning crew in place, more than 65 hotel-caliber private rooms and Pack n Plays available in case someone wants to put their baby to sleep. People have been living in pitch darkness, with days that are cold and nights that are freezing. They come in here and they can’t believe it.”

Many of those coming to the Camp Simcha warming center are elderly residents or families with small children, with some choosing to stay the night, while others enjoy a few hours of warmth and a chance to do the laundry or shower. Utility workers, repair crews, rescue teams and members of the National Guard have all stopped by to take advantage of Camp Simcha’s hospitality.

With no end in sight to the extended power outage, fire crews have been going from house to house to check on area residents, dropping off cases of Camp Simcha water and dry ice delivered to the camp by the National Guard. With a second Nor’easter dumping another deluge of snow on the area, utility crews have put all repair efforts on a temporary hold, making the warming center an invaluable resource to Lumberland residents.

“People here have been faced with days and days of nothingness and we are happy to be able to help them in any way we can,” said Maimon. “We are so grateful to be able to give back to the local community and are honored to be there for them in their time of need.”