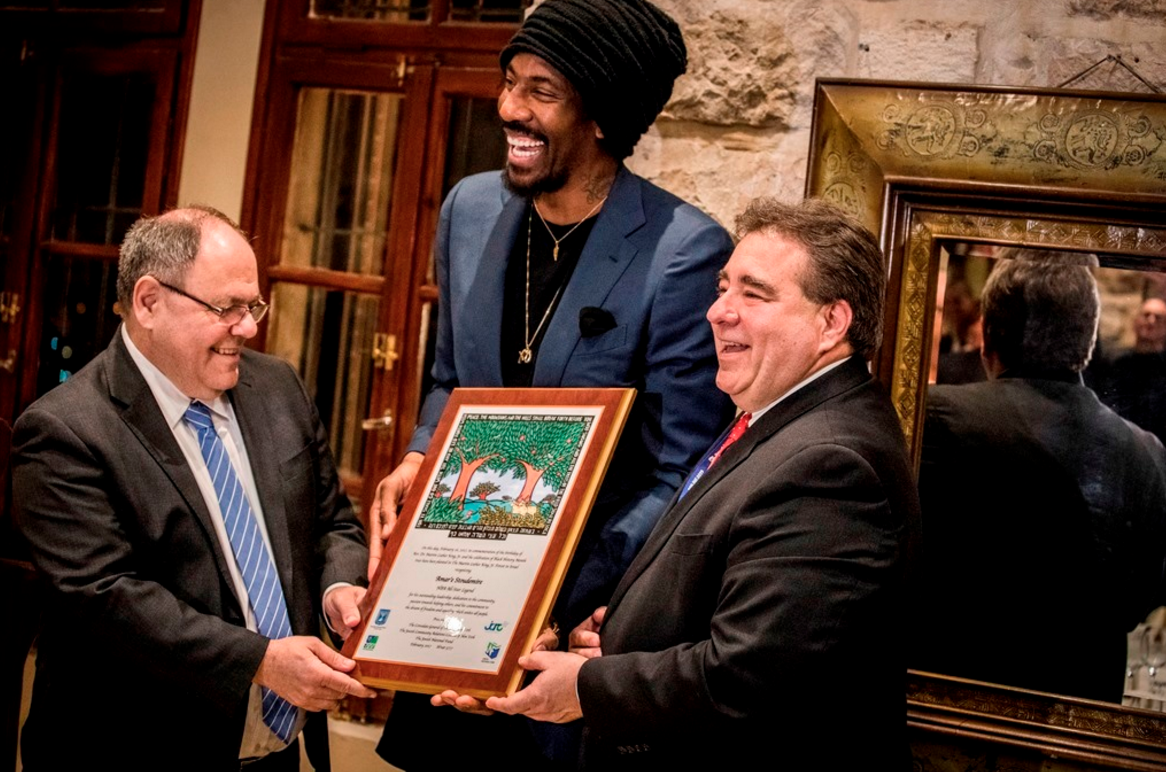 The honor—presented to Stoudemire Sunday in Jerusalem by Consul General of Israel in New York Dani Dayan and Jewish National Fund CEO Russell Robinson—honors individuals who embody King’s vision of coexistence among people of diverse religious, cultural and ethnic backgrounds.

“Amar’e’s work in providing education to at-risk youth through his ‘Each One, Teach One’ foundation, to his passion for providing safe drinking water in impoverished countries, are emblematic of the values and virtues promoted by Dr. King,” Robinson said in a statement. “By deciding to move to Israel to join the Israeli Hapoel Jerusalem team, Stoudemire has again set an example that sportsmanship supersedes nationality, ethnicity or religious affiliation, and that all are welcome in Israel, a beacon of democracy in an otherwise turbulent part of the world.”

Stoudemire, 34, made a much-publicized visit to Israel in 2010 to explore what he called his “Hebrew roots,” and has been deepening his connection and relationship with the Jewish state ever since.

“I am truly honored to be receiving this amazing award,” Stoudemire said. “It is very gratifying to know that all the work that the Alexis and Amar’e Foundation has done over the years is not overlooked. I am blessed to be able to give back to the community, that’s what it’s all about.”

In 14 NBA seasons, Stoudemire—who in his prime was known for his explosive slam-dunking ability, before his career was derailed by injuries—averaged 18.9 and 7.8 rebounds per game for the Phoenix Suns, New York Knicks, Dallas Mavericks and Miami Heat. The New York Consulate’s Dayan noted that the “fact that Amar’e starred for years with the Knicks” makes his award “extra special for us in New York.”