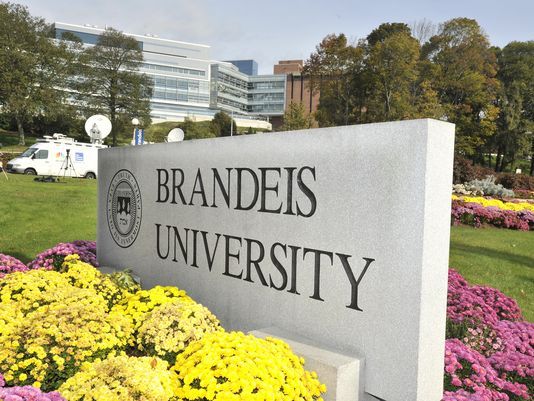 The gift from the estate of Rosaline and Marcia Cohn announced Tuesday by the university will establish the Jacob and Rosaline Cohn Endowed Scholarship and Fellowship Fund, providing assistance to undergraduate and graduate students.

Rosaline and Jacob Cohn, and their daughter Marcia, did not hold any formal connection to the university, but the family had given to Brandeis for decades, beginning with a $100 gift in 1956 from Rosaline and Jacob.

“Like many generous philanthropic families,” Brandeis President Ron Liebowitz said, “the Cohns were inspired by the very idea of Brandeis, a university founded by the Jewish community to be open to all students of talent, reflecting the Jewish values of reverence for academic excellence and dedication to using one’s talents to improve the world.”

Daphne Greenberg, who graduated from Brandeis in 1984, received a Cohn scholarship and now is a distinguished university professor. She was hopeful about the continued support from the Cohn family.

“I used to worry that 18-year-olds today would not be as fortunate as I was,” she said in a statement. “But with this gift from the Cohn family, students like me will continue to be given an opportunity.”

Yearly tuition and other expenses at the school cost about 68,000, according to collegedata.com.