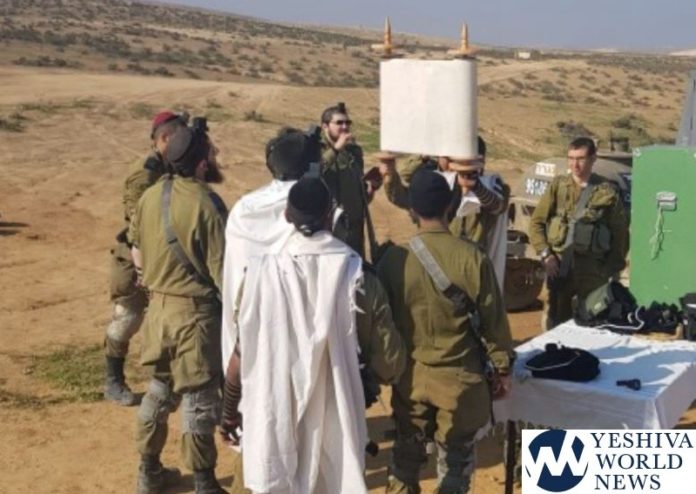 The Israel Air Force’s Maginei HaNegev (Defenders of the Negev) combat unit, which is a branch of Netzach Yehuda (Nachal Chareidi) had a new enlistment a few months ago. A number of weeks ago, the new soldiers completed basic training, and in the last three weeks, they spent their time out in the field as part of their ‘(Imun Mitkadeim’), advanced training.

While they are members of the air force, these young soldiers are being trained and certified as combat infantry soldiers, as is the case with the soldiers serving in the ‘green’ army.

In the following photos, we get a small look at the soldiers during their weeks in the field, where the Nachal Chareidi rabbonim and air force make certain their religious needs, including shiurim and davening with a minyan, are not forgotten.

The Sefer Torah is present for them as required and other arrangements are made to permit them to maintain their frum lifestyle while training.