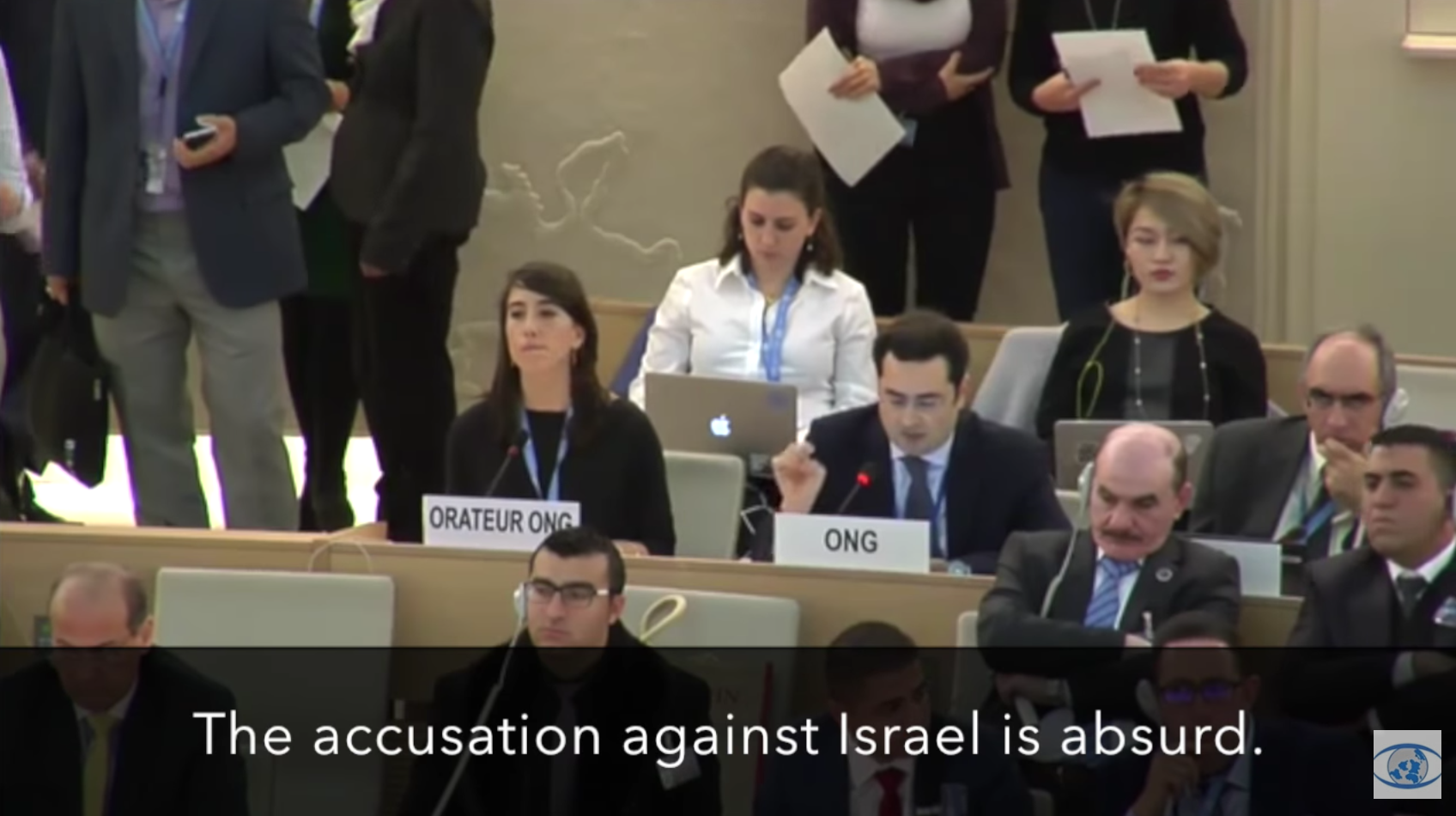 Hillel Neuer of UN Watch bravely stood up against Israel-hating Arab nations at the UN Human Rights Council on Monday. Read the following transcript or watch the powerful moment below it:

UN Watch (Executive Director Hillel Neuer): Mr. President, let me begin by putting the following on the record: Everything we just heard — from the world’s worst abusers of human rights, of women’s rights, of freedom of religion, of the press, of assembly, of speech — is absolutely false; and, indeed, Orwellian.
Today’s report does not consider Israelis to be deserving of human rights — consistent with the approach of this council, where today’s notorious agenda item against Israel completely ignores their human rights.

Over the weekend, President Abbas announced he was giving his highest medal to Rima Khalaf, who resigned from the Economic and Social Commission of Western Asia, a Beirut-based UN agency of 18 Arab states, after Secretary General Guterres rightly instructed her to remove an absurd report which accused Israel of “apartheid.”

Mr. President, why is Mr. Abbas celebrating a report written by the notorious Richard Falk, after his own Palestinian Mission here, tried in 2010, to remove Mr. Falk on the basis that he was “a partisan of Hamas,” as we know from WikiLeaks?

The accusation against Israel is absurd. Israel’s 1.5 million Arabs…

[Interruption with objections by Palestinians, Egypt, and Pakistan.]

Israel’s 1.5 million Arabs, whatever challenges they face, enjoy full rights to vote and to be elected in the Knesset, they work as doctors and lawyers, they serve on the Supreme Court.

Now I’d like to ask the members of that commission, that commissioned that report, the Arab states from which we just heard. Egypt, Iraq, and the others:

Once upon a time, the Middle East was full of Jews.

Syria, you had tens of thousands of Jews. Where are your Jews?

Mr. President, where is the apartheid?

Why is there a U.N. commission on the Middle East that does not include Israel? From the 1960s and the ‘70s they refuse to include Israel. Where is the apartheid, Mr. President?

Mr. President, why are we meeting today on an agenda item singling out only one state, the Jewish state, for targeting.

Where is the apartheid, Mr. President?