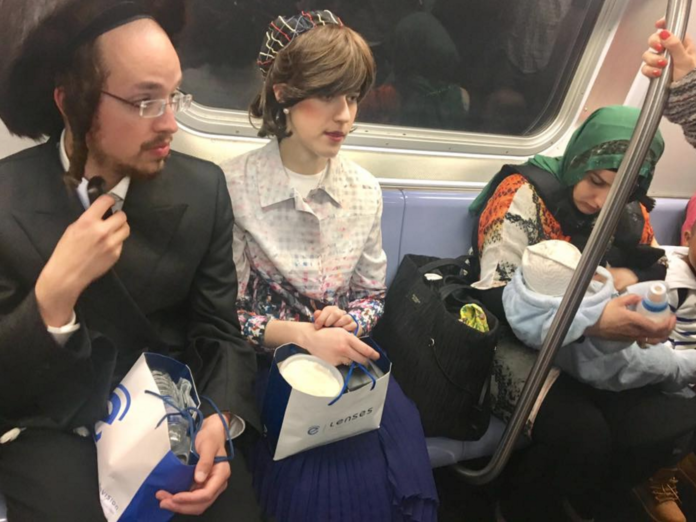 On Sunday Jackie Summers, a self-described Taoist, posted a photo to Facebook of a Hasidic Jewish couple sitting next to a Muslim woman nursing a baby on the New York City subway. The photo has since gone viral receiving some 77,000 likes and nearly 60,000 shares.

Summers wrote: “A Taoist (me) gives up his seat so a Hasidic couple could sit together. They scoot over so a Muslim mother could sit and nurse her baby, on Easter Sunday.”

“This is my America: people letting people be people.”

The photo was taken on the F Train, which runs between Queens and Brooklyn.