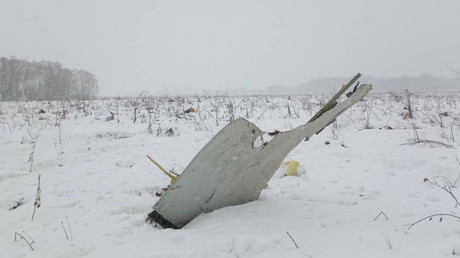 On Monday, 27 Shevat, a series of 9 major Jewish seminars was completed in nine different regions of Russia, including in Bruges Jeon in eastern Russia. Each seminar was attended by residents of the nearby cities, where the seminar was held.

The seminar was organized by Yachad, the umbrella organization of all the organizations and institutions for the benefit of thousands of young Jews in Russia, and hundreds of young people participated in the round with the best lecturers in Russian, who were brought from all over the world. Taking part was the founder of Yachad, Chief Rabbi of Russia HaGaon HaRav Berel Lazar.

Mrs. Talia Samanina and her eldest daughter, Malka, arrived in Moscow especially from their hometown of Orsk to participate in a seminar held at the Chaya Mushka Institute. They arrived in Moscow on a flight from Saratov Airlines and were supposed to return to their city on Sunday, on a once a day flight.

Rabbi Menachem Mendel Wilensky, head of Yachad, asked them to give up their return on Sunday as planned, and to stay until the end of the seminar – Monday, in order to participate, among other things, in a special study tour of the large Jewish museum in the Marina Rochece neighborhood.

They agreed and after a few hours, HKBH’s hand in the events became apparent, that the conference saved their lives after the plane on which they were scheduled to return on Sunday crashed just a few minutes after taking off from Domodedovo airport and all 71 passengers were killed.

Even before the names of the victims were published, a command room was opened at the Shaare Zedek Jewish Charity Center in central Moscow to clarify the condition and names of the passengers, as part of the regular contact with needy families and the adult Jewish population in Moscow.

The Rabbi of Saratov and Chabad shaliach, Rabbi Yaakov Kubichik immediately contacted the management of the Saratov Airlines and followed the names and offered assistance to the families of the victims.