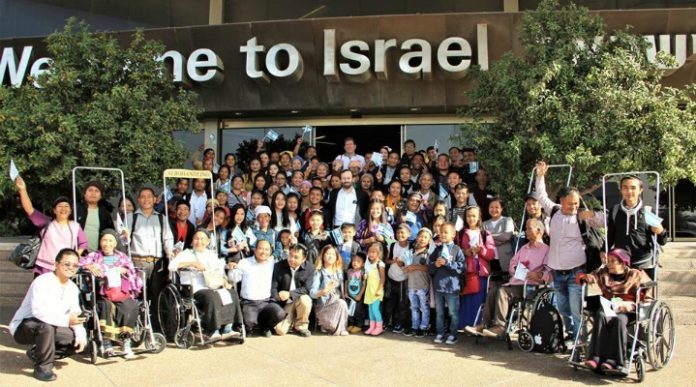 The new immigrants arrived at Israel’s Ben-Gurion International Airport in two groups and were greeted by jubilant family members and supporters, who danced, sang and waved Israeli flags.

The latest aliyah of Bnei Menashe members follows a group of 102 Indian Jews who arrived in Israel in February.

Members of the Bnei Menashe community claim to descend from Jews banished from ancient Israel to India in the 8th century B.C. Their immigration is organized by Shavei Israel, a Jerusalem-based nonprofit that calls itself “the only Jewish organization today that is actively reaching out to ‘lost Jews’ in an effort to facilitate their return [to Israel].”

In 2005, then-Sephardi Chief Rabbi of Israel Shlomo Amar officially recognized the Bnei Menashe as a lost tribe, and about 1,700 Bnei Menashe members moved to Israel before the Israeli government stopped giving them visas. The government later reversed that policy, enabling Bnei Menashe immigration to resume.