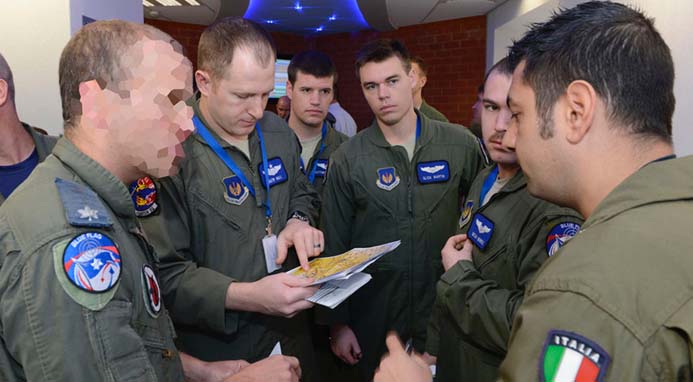 On Tuesday DefenseNews reported that the air forces of seven countries including the US, Greece, Poland, France, Germany, India and Italy will be hosted by the Israel Air Force this fall to participate in the largest and most complex air exercise in its history.

Nearly 100 aircraft and hundreds of pilots and crews from these countries will participate in Blue Flag, biennial, which is two-weeks of maneuvers exercising planning, targeting, and coordinated command and control in high-threat theaters.

The first Blue Flag, which aimed to expand international cooperation took place in November 2013 at Ovda Air Force Base in Israel, included several foreign air forces. The second one took place in 2015, and included the air forces of the US, Greece and Poland.

IAF chief of international affairs Lt. Col. Richard Hecht told DN that “everybody wants to engage and cooperate with the IAF. It’s a privilege.”

Hecht also noted that “people are seeing there’s a lot to learn from Israel. In our tiny airspace and in the environment around us, things are so intense. The Russians are here… Many of the world’s air forces are passing through here on their way to operations in Syria and elsewhere in the region. So we provide a sort of battle lab in which forces can hone a spectrum of skills needed to combat growing threats.”

Hecht did not want to reveal what was on the docket for this year’s Blue Flag, but it is likely that the combined forces will conduct hundreds of sorties in Israel’s sky, practicing air-to-air battles, ground attacks on fixed- and moving targets, and maneuvering over surface-to-air batteries and shoulder-launched missiles.