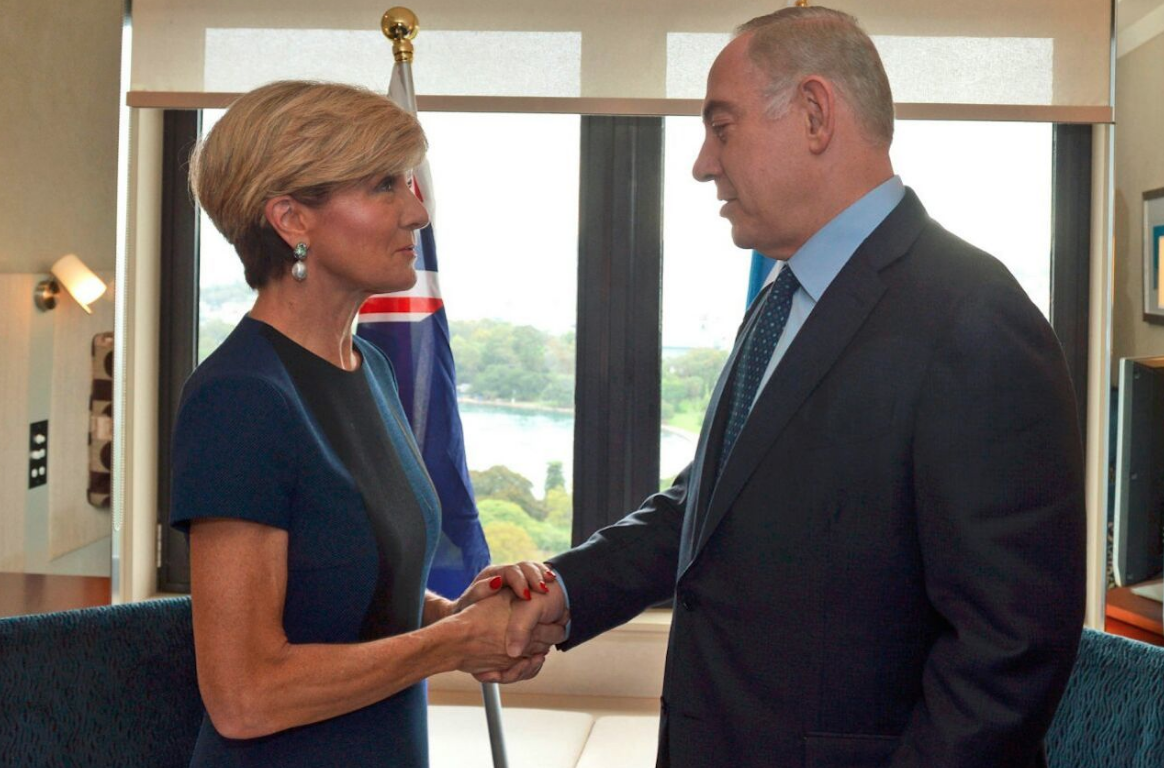 For the second time in a month, Israeli Prime Minister Benjamin Netanyahu has informed the leader of a major Western power that Israel will retain full security control over all of the disputed territories in any future arrangement with Palestinians.

Netanyahu told Australian Foreign Minister Julie Bishop in a closed-door meeting Sunday that Israel would never give up its military presence in Judea and Samaria (commonly known as the West Bank), Israel Radio reported. The statement matches comments Netanyahu made in mid-February during his press conference with President Donald Trump.

While laying out his prerequisites for any peace deal, Netanyahu said at the White House that Israel “must retain the overriding security control over the entire area west of the Jordan River…because otherwise we’ll get another radical Islamic terrorist state in the Palestinian areas exploding the peace, exploding the Middle East.”

“But I am sure the prime minister knows fully that this is either a good bargaining position to take at the beginning of negotiations, or that he is obviously not interested in a two-state solution outcome,” he said.

Following the White House summit, rather than focusing on Netanyahu’s comments about retaining Israeli military over all of the disputed territories, most mainstream media chose to focus headlines on Trump’s ambiguous answer when asked if he is “ready to give up the notion” of two states. Trump had answered, “So I’m looking at two states and one state, and I like the one that both parties like.”

Is a two-state solution practical?

Shikaki noted that one past proposal that Israeli and Palestinian negotiators have floated for resolving the issue of Israeli settlements is “to ask [Jews in the disputed territories] to live under Palestinian sovereignty if they wish to stay.” He said, however, that the Israeli public has never favored such a plan.

“We no longer have a majority of Palestinians, as we once did, who endorsed the idea of settlers staying under Palestinian sovereignty, but we never had a Jewish majority for that anyway,” said Shikaki.

Yet removing hundreds of thousands of Jews from Judea and Samaria may garner even less public support. In his press conference with Trump, Netanyahu said that “Jews are called Jews because they come from Judea. This is our ancestral homeland. Jews are not foreign colonialists in Judea.”

Demand for a one-state solution

“Trump’s mere statement, therefore, has played essentially the same role [in the peace process] as the failure of negotiations, settlement construction, etc. All these things have in the past convinced the majority of Palestinians and Israelis that the viability of the two-state solution is questioned,” Shikaki said.

Israelis may have arrived at the same conclusion, but from a different angle.

While on a recent trip to meet with Israeli policymakers, Klein said he observed that “almost no people are talking about supporting the establishment of a Palestinian state and criticizing Jews that live in Judea and Samaria.”

“My sense,” Klein added, “is that people now understand that a Palestinian state would be a Hamas-Fatah terrorist state and that the reason there is no peace has nothing to do with the Jews in Judea and Samaria. They now seem to understand that it is because the Palestinian Authority refuses to sit down and negotiate, and because they continue to promote hatred and violence in every element of their culture, and they pay salaries to families who produce killers.”