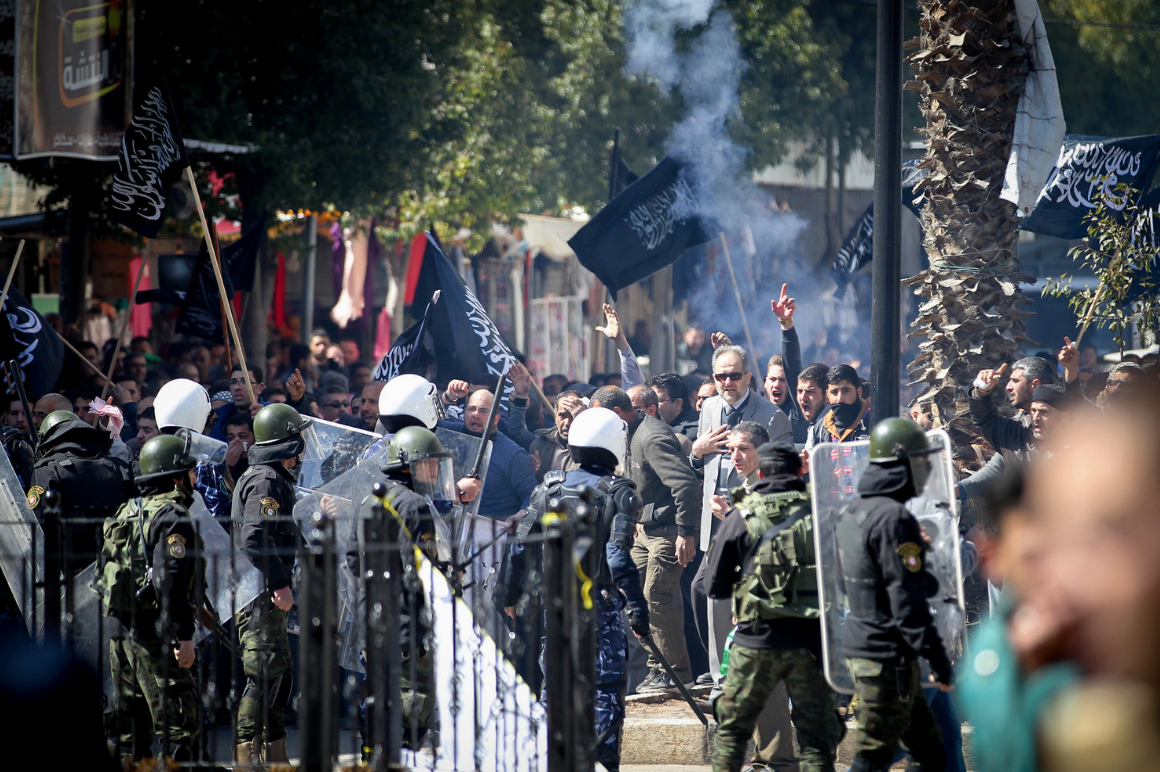 Pictured above: Palestinian police are deployed during a protest in the Palestinian-majority city of Hebron Feb. 25, 2017. Credit: Wisam Hashlamoun/Flash90.

A group of leading Republican senators reintroduced legislation Tuesday seeking to cut off all U.S. funding to the Palestinian Authority (PA) if the PA continues its policy of paying monetary rewards to terrorists.

Sen. Lindsey Graham (R-S.C.) proposed the measure, the Taylor Force Act, last September. While the bill did not initially receive support from Democrats, Graham said Tuesday that he believes the legislation would now garner such approval.

“If this comes to the floor, it will pass with support from both parties, and then the bill will be signed by the president,” Graham said at a press conference, Haaretz reported.

Graham, along with Sens. Dan Coats (R-Ind.) and Roy Blunt (R-Mo.), have now reintroduced the legislation, which would require the U.S. secretary of state to certify that the PA has ended its policy of paying monetary rewards to terrorists and their surviving family members.

The legislation was named after American veteran Taylor Force, who was stabbed to death in a Palestinian terror attack that left 10 others wounded in Jaffa in March 2016.