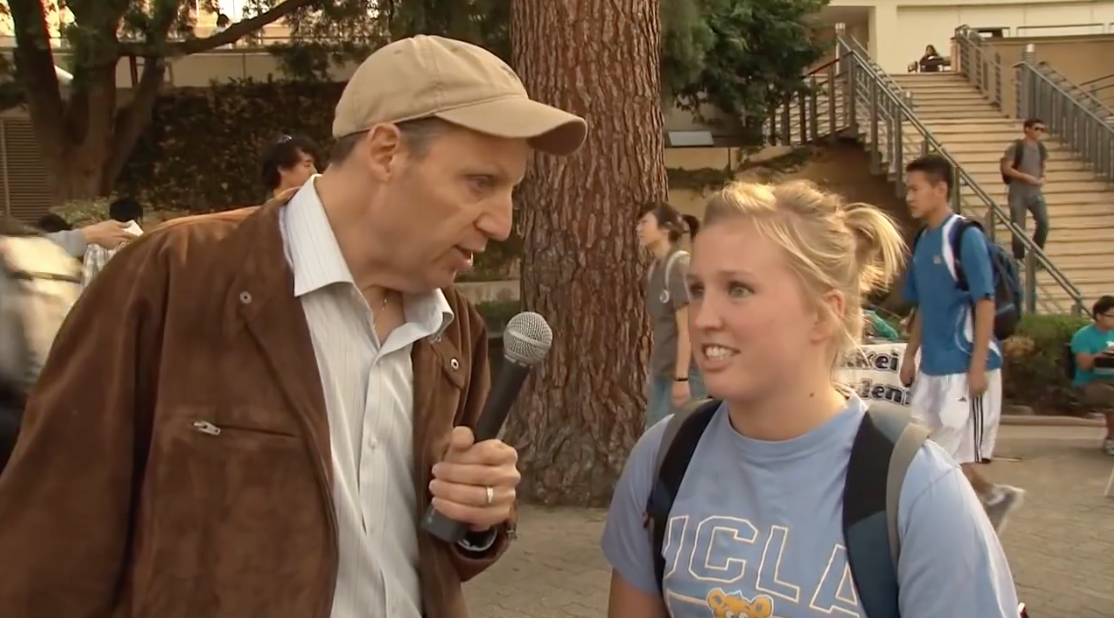 Mark Schiff has been a stand up comedian for many years and as his good friend Jerry Seinfeld said, “Mark Schiff is one of the funniest, the brightest, the best stage comics I have ever seen.”

In this video for StandWithUs Schiff went around the UCLA college campus, the 25th ranked university in the United States, asking them how much they knew about the Middle East. According to some of the students, there are only 23 Muslim majority countries and there are 15 Jewish countries.

Other pearls of wisdom from the students? Iran is the only democracy in the Middle East and apparently Hamas is an up and coming musical group.