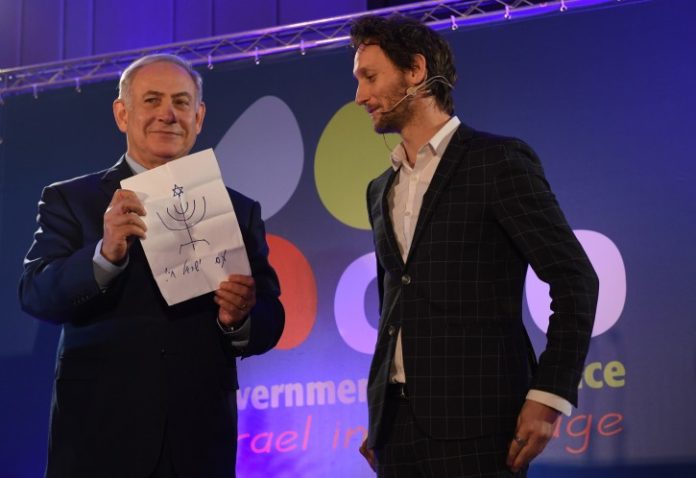 Suchard, who has wowed audiences around the world by guessing their secret bank PIN numbers or the names of their childhood crushes, went head to head with Netanyahu in front of a group of journalists, only to come up empty in an awkward duel with the seemingly inscrutable Israeli leader.

In one of his famous routines, Suchard asks his guest to scribble a picture on a piece of paper, while Suchard stands across the stage and draws an identical image. But when he tried the game with Netanyahu on Wednesday night, Suchard was unable to match Netanyahu’s doodle: a Jewish candelabra with the words “Long Live the Jewish People” underneath.

Suchard often speaks to his guests shortly before they appear on stage — something that Netanyahu refused to do. The Israeli leader, who has frustrated a string of world leaders with his tough stances on diplomatic issues, also drew his picture ahead of time — not during the exchange.

“There’s no way you could have seen this because I just drew it,” Netanyahu said.