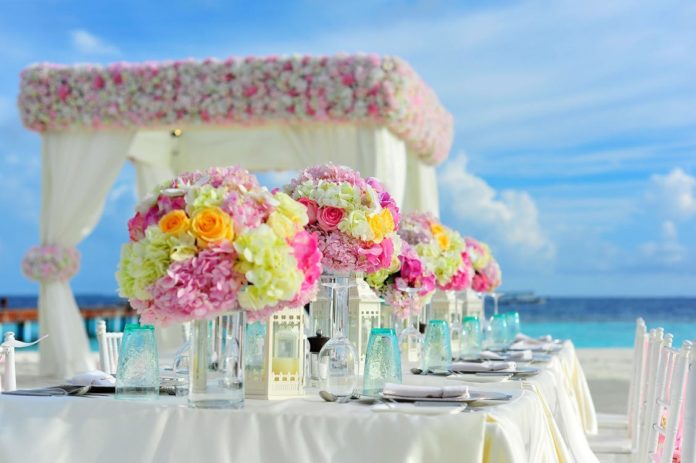 When Natalie Rodic Marsan, 35, a Texas native who now lives in Brooklyn, was planning her June 12, 2010, wedding on an island off Croatia, she imagined it taking place on the beach under a canopy like a huppah, the wedding covering that is a fixture at Jewish weddings.

Though raised as a Baptist, she admired the ones she saw at Jewish weddings she’d attended after moving to Brooklyn. Her husband, Josip Marsan, 28, is Roman Catholic and from Pag, Croatia, where the wedding took place.

The bride-to-be thought it would be beautiful to stand under such a canopy to “set off the ceremonial space,” she said. Her fiancé told her he’d never seen or heard of such a thing, but liked the idea because it would provide shade from the intense sun on the rocky beach.

A brother of Mr. Marsan’s offered to build one based on the bride’s description, but at the last minute could not find wood poles on the barren, rocky island, so he used four curtain rods and a piece of silky white rayon from a local shop.

“I was freaking out when I heard they were using curtain rods,” Mrs. Rodic Marsan said, “but it worked out well.” The white canopy — huppah is Hebrew for covering — was magnificent against the azure sea, she said.