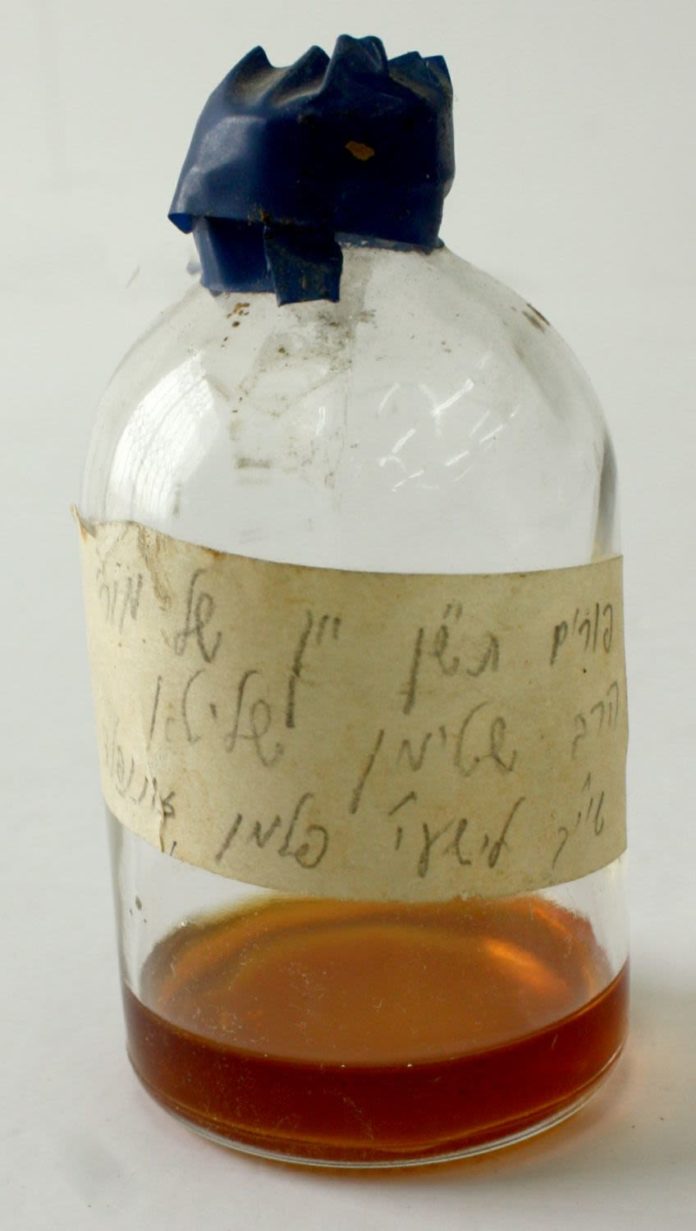 As YWN reported Sunday, a bottle of wine remaining from Maran HaGaon HaRav Aaron Yehuda Leib Shteinman ZT”L was up for auction by the King David auction house on Monday.

It is described to be wine that Maran prepared himself, and distributed on Purim 5750.

That bottle of wine was purchased by Daniel Samimi, a Yeshiva Bochur from Great Neck, New York.

Daniel, who learns in Yeshiva Yeshivat Tiferet Torah of Monsey, placed the winning bid of $600 for the unique item. Interestingly, Daniel only learned about the auction when he saw the YWN story on Sunday night.

Daniel tells YWN, he immediately decided to bid on the bottle he considers ‘priceless’ and a ‘once in a lifetime’ opportunity to own an item from the late Gadol Hador. “This is what money is meant to be used for,” he said.

Daniel added that he will be saving the wine (at least for now!)