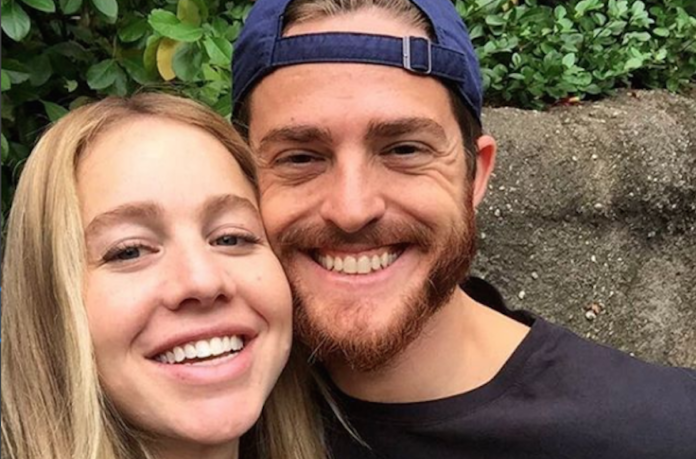 (JTA) — A few months back, Simi Polonsky was posting photos of herself on Instagram dressed in colorful modest-chic outfits — the kind of fashionable clothing that nonetheless adheres to Orthodox Jewish dress standards. Polonsky is a co-founder of The Frock NYC, a fashion label created in 2010 that has built substantial buzz as the industry incorporates more demure and religious styles into its mainstream.

These days, The Frock’s Instagram page is far more somber. Polonsky’s husband Shua passed away on Nov. 9 from a condition he had contracted only weeks before.

She has written openly on the company’s Instagram page about her struggles, religious and non-, to cope with his condition and his eventual death. A week before his passing, she wrote that she thought she would have to shut The Frock down.

She also posted multiple family photos on the account, and in one chronicled how a doctor gave Shua his grim diagnosis.

As difficult as the time has been for Simi and her two young children, one big consolation has been the popularity of a fundraising campaign at the crowdsourcing site Charidy, which as of Wednesday has raised over $1 million from nearly 9,000 donations.

A description on the Charidy page notes that Polonsky is pregnant with a third child.

Polonsky and her co-founder and sister Chaya Chanin are both native Australians. They founded The Frock NYC in 2010 to “coolify being modest,” as Polonsky told the New York Post earlier this year. Some in the Orthodox community complain that any nod to modernity is too much, although the line has been a small-scale success.

Shua Polonsky, who was raised in Cleveland and trained as a therapist, was 31 when he died.

“I know no one will be able to heal my broken heart, but at the times when I feel like I just cannot keep my arms raised any longer, your love and support are the rocks that hold them for me,” Simi wrote on Instagram Tuesday.