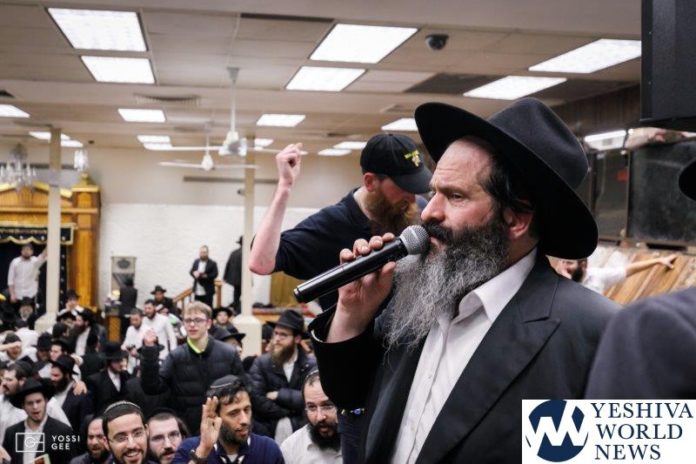 Sholom Mordechai Rubashkin was released from jail a month ago, and has met with hundreds of Rabbonim, Admorim, Roshei Yeshiva and community activists. He has been delivering words of Chizuk at many of the places he visits.

Rubashkin spoke at the event, and among his words to the gathering he mentioned the use of smartphone.

“Take your stupid phones, and become smart yourselves, and put it away for heavens sake,” Rubashkin said.

He then took it one step further, and blasted those who walk into a Shul that have shelves full of Sedurim, yet they choose to Daven off their smartphones.

“Looking from a perspective from a guy who was removed from society for 8 and a half years, I walk into a Shul and see a guy Davening to his phone”, Rubashkin continued.

“A Siddur has the name of Hashem in it, you can’t take it into a bathroom. Why wouldn’t you want to hold a Siddur over a phone”?