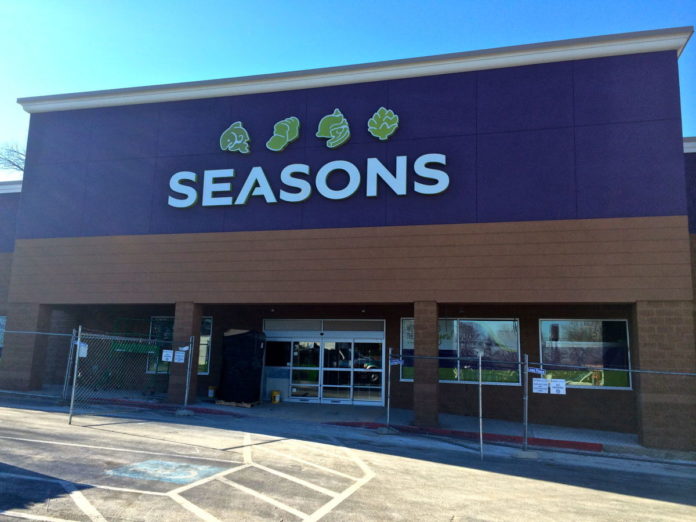 WARNING: The Following Article is Satirical in Nature

The popular Seasons Kosher Supermarket with busy stores located in several New York and New Jersey sites today opened another branch in Pikesville Maryland, in a busy shopping area midway between the Ner Israel Yeshiva, the Talmudical Academy, and the Orthodox neighborhoods adjacent to Pikesville.

The store has been open only one day and has already generated controversy-should customers coming from the Park Heights neighborhood make a potentially dangerous left turn from the very busy Reisterstown Road into the store parking lot, or should caution prevail as they choose the alternative drive down Old Court Road until Naylor’s Lane and then make two easy right turns to enter the lot.

Disagreements were overheard among shoppers, who paused in the midst of their quibbles to ooh and ahh at the displays of produce, prepared foods and sushi, as well as at the free coffee dispensed from a machine that was downright Eichensteinian. The store’s general manager declined to take a position on the subject and felt that ultimately Baltimoreans would use the safer route, and those from the New York area would go with the quicker risk laden left turn.

The store’s opening also raised a number of questions, first and foremost, what kind of name is Seasons for a supermarket?

It would make more sense as the name of a clothing store, or better, a weather monitoring equipment store. One customer wondered if Seasons was the name of the owner, or perhaps the name of the street that the original store was located on, she was told no on both counts.

Another asked if the intended name was perhaps a shortened spelling of Seasonings, which would make a little more sense. Again the answer no. The general manager was again asked to comment and declined.

Two questions were raised by customers regarding the timing of the store’s grand opening. Was it coincidental that the store’s first day was right after the solar eclipse, or was the store sending a veiled message to other supermarkets in the area that it meant to ‘eclipse’ their sales and service?

Others wondered if a grand opening on Rosh Chodesh Elul might entice people away from the more important spiritual duites of the month into the tempting shopping aisles of the store. More practical types pointed out that three ‘three day’ holidays were fast approaching and what better way to show religious devotion than to prepare well in advance for the coming festive meals?

Finally, some customers expressed disapproval of the crisp white oxford shirts worn by the store’s workers. Many of them had sons in local yeshivas who, although a minority, preferred to wear blue shirts on weekdays. Would the fact that even supermarket workers wore white shirts place undue pressure on these yeshiva boys, already stressed by their difficult schedules and even more difficult dress codes? For now, the general manager said there are no plans to change the uniform shirt to blue.