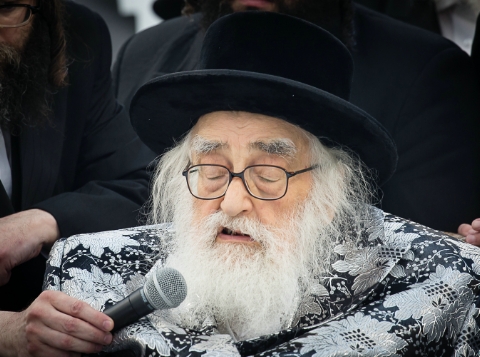 Taken from JewishBreakingNews.com with permission

The Vizhniter Rebbe of Monsey, Rabbi Mordechai Hager, was hospitalized after a lengthy illness and is in Mt. Sinai Hospital in Manhattan.
His nephew, the Vizhnitzer Rebbe of Eretz Yisrael, Harav Yisrael Hager, urged everyone to daven for the health of the Rebbe, Rabbi Mordechai ben Margulia

Rabbi Mordechai Hager was born in 1922, and at 95, is the oldest hassidic rabbi in the entire world. He is known for his devotion to learning Torah: he studies 18 hours a day and asks his Chasidim to study at least two hours every day. He has about 50,000 followers internationally.