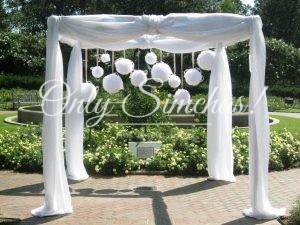 (By Rabbi Yair Hoffman for 5tjt.com)

It was a story that was broken by Avital Chizhik Goldschmidt of the Forward, but first appeared on a Facebook page called “FrumGirlProblems.” Allegedly, a shidduch oriented entity advertises itself as having over 3000 quality shidduch resumes – but has obtained these resumes without the permission of the singles involved. The resumes are posted on the Internet.

The article quotes a single woman named Serena – who received an email from the entity that announced that her personal information had been added to a website she had never heard of – she was shocked. “I click the link, and I see a profile with my name, my picture, my age, my phone number and my email.. Some of the information was wrong, some of it was outdated. But it was all this personal information that I did not know how these people got. I did not give it to them and never heard of [them] before.”

The article claims that Serena was far from the only one whose personal information had been compromised.

To be fair, some have claimed that the organization is a legitimate one that just wants to help singles – and that it is lashon hara to say anything against them. Nonetheless, the website is still up and if there is a halachic problem involved – it should be taken down immediately.

To register for the service one must pay either a $50 or $100 annual fee and sign that he or she has agreed to a yet non-existent set of rules. The Forward article claims that there may be a Din Torah in the works (at Bais Din of America) and that many people are upset about the fact that they had never agreed to share their resumes with this group – who has posted it online.

If these allegations are true, the question arises as to what is the halacha here. Is this a violation of the Cherem Rabbeinu Gershom not to read someone else’s mail without their permission? Does it apply only to written letters or is an electronic email also included?  Does it apply to a Shidduch resume?

The Cherem Rabbeinu Gershom not to read someone else’s mail is found in the responsum of the Maharam MiRottenberg Vol. IV #1022. It is further cited in the responsum of the Maharam Mintz (Siman 102), the Kol Bo (Siman 116), and the Be’er HaGolah at the end of chapter 334 of the Yore Deah section of Shulchan Aruch. For more contemporary Poskim who deal with the Cherem Rabbeinu Gershom – see Dayan Weiss zt”l in his Minchas Yitzchak (Vol. IX #96) and lbc”l Rav Moshe Shternbuch shlita in his Teshuvos v’Hanhagos (Vol. III #386).

PARAMETERS OF THE CHEREM

But what are the parameters of the Cherem?  On what basis was it made?  Is there a Torah prohibition involved?  The Maharam Ben Chaviv (1654-1696) in his responsa (Kol Gadol Siman 102) delineates the basis for Rabbeinu Gershom’s enactment.  He writes that Rabbeinu Gershom’s reason was a geder a protective measure – “shelo yeda sodos chaveiro – so that he not know the secrets of another person.”  It is still somewhat unclear, however, as to what is the prohibition involved in knowing the secrets of his friend.  In this author’s view it may be an abnegation of the Torah principle of ‘V’ahavta l’rayacha kamocha – you should love your neighbor as yourself.

The Mahari Chagiz (1620-1674) in his Halachos Ketanos (Vol. I #276) explains that it is a violation of lo sailech rachil b’amecha – do not be a gossiper among the Jewish nation.

Ra Chaim Palaji (1788-1868) in his Chokekei Lev (Vol. I #49) cites the aforementioned reasons and adds three more.  He adds Gneivas Daas, deceiving others; sho’el shelo midaas, borrowing without permission; and the third – a violation of the Gemorah in Yuma 4b that one cannot reveal information unless specifically given permission to do so.

The prohibition known as Gneivas Daas means fooling or deceiving others in physical practice. Here, it would mean that the person had thought only the original shadchan would see the resume and now the whole internet is seeing it.  The Gemorah in Chullin (94a) cites Shmuel as saying that the prohibition applies to everyone.  The examples there show that Gneivas Daas is violated even if there is a non-financial deception.

In regard to the verse of midvar sheker tirchak stay away from a false matter, there is a three way debate as to how we understand this pasuk. The Chofetz Chaim rules in his Ahavas Chessed that there is an out and out prohibition to lie. This is in accordance with the view of some Rishonim. Other Rishonim hold that the verse is merely good advice, but not halacha. A third opinion holds that it is applicable to judges adjudicating law. Generally speaking, the view of the Chofetz Chaim is normative halacha.

Rav Palaji bases his thesis that it is a violation of borrowing without permission making him into a Gazlan –a thief on the view of Rav Chaim Shabtai (1550-1647) also known as the Maharchash in his Toras Chaim (Vol. II #47).  Essentially, every person is the owner of his own information and someone who misuses it is a thief.

The violation is actually stealing. The Talmud (Bava Basra 88a) records a debate between Rabbi Yehudah and the chachomim (sages) as to whether borrowing an item without permission renders a person into a gazlan – a thief, or whether he simply has the status of a borrower.

Rabbi Yehudah maintains that he does not have the halachic status of a thief, while the sages maintain that he does. The Rif and the Rambam both rule in accordance with the sages that he is considered a thief. Indeed, this is also the ruling of the Shulchan Aruch in at least four different places (CM 292:1; 308:7; 359:5; 363:5).

Does this apply in all cases? Here there is no value per se in reading someone’s resume. While this may be the case, the Chazon Ish (BK 20:5) writes that the prohibition of sho’el shelo midaas – borrowing without permission applies even when the item is not something that generally has a market value, and even if the value is less than that of a prutah.

But what about if the owner would have approved of it?  Don’t single people want to get married?  Can’t we assume that the single people would have wanted their shidduch profile in there? To this there are two responses.  Firstly, from the Forward article it seems that most people are not so happy that their shidduch resume has been exposed so publicly. Secondly, the Gemorah that our sixth grade sons always study may be instructive here.

So, in our case, where the single resume owner didn’t know about it yet, but would possibly have given permission, it doesn’t matter. We rule like Abayeh. Indeed, this is the position of the Tosfos in BM 22a “Mar Zutrah.” Even though the Shach (CM 358:1) writes that, if it were possible to say, he disagrees with the Tosfos, the overwhelming conclusion of halachic authorities is to remain with the ruling of the Tosfos. This is the conclusion of the Ktzos HaChoshain (358:1 and 262:1) as well as the Kitzur Shulchan Aruch (182:13).

THE YUMA 4B VIOLATION

The Gemorah in Yuma cites in the name of Rabbi Masya the Great: From where is it derived that one who tells another some matter, that it is incumbent upon the latter not to say it to others until the former explicitly says to him: Go and tell others? It is from that which is stated: “And the L-rd spoke to him from within the Tent of Meeting, saying [lemor].” Lemor is a contraction of lo emor, meaning: Do not say. One must be given permission before transmitting information.

This Gemorah is cited by the Mogain Avrohom (OC 156:2) as halacha.  It is also cited by the Hagaos Maimonius (Hilchos Dayos 6:8), and the Sefer Mitzvos Gedolos (Lavin 9).  Seemingly, it is a halacha.

The Five Towns Jewish Times interviewed Avital Chizhik Goldschmidt about what prompted her to write about the Shidduch Resume leak.  She responded with the following very wise insights:

“When several people tipped me off about this, I saw a powerful story both about the way we treat singles in the community (“as disposable,” as one source told me) — and about the way we tend to treat online information.”

She continued, “We must ask a sender’s consent in order to forward their personal information; I think that with our zeal to set people up, we forget just how vulnerable a person is when they send you a shidduch resume. All of us who are trying to make shidduchim want to help people — but we ought to be careful not to hurt them along the way.”

It would seem that there are at least 4 and possibly 5 halachic violations involved in commandeering other people’s resumes without their permission and exposing them to an online community. If this was actually done here, in this author’s opinion, the owners of the website should immediately place the website on hold until they get permission from the resume owners. Until then they may be in violation of some very serious prohibitions.

The author can be reached at [email protected]