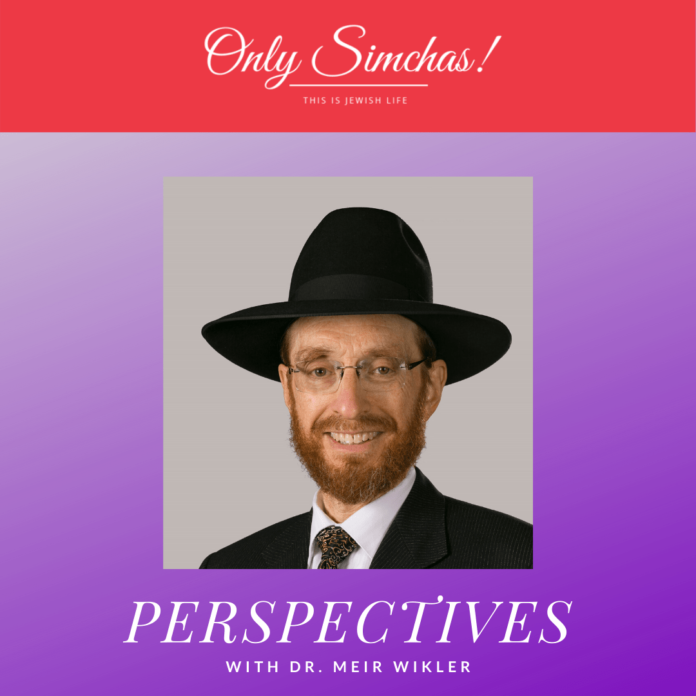 Why not let Yidel leave for chasunahs whenever he wants and Mindy will follow whenever she is ready? Wouldn’t that resolve the issue for both of them? And why didn’t one of them think of that compromise? Actually, Mindy did think of that idea and even proposed it.
Unfortunately, it was not at all that simple. Even though Yidel and Mindy each have their own car, Yidel is not comfortable going to simchas alone. And even if he could accept leaving at different hours, he simply cannot tolerate going home from an affair by himself. He likes to talk about the celebration with his wife on the way home. And if he and Mindy were to take separate cars to the chasunah that would mean that they must drive their own cars home — alone, making Yidel feel like a bachelor, which he hates. As a result of this stalemate, almost every time Yidel and Mindy have to attend a chasunah, a shouting match takes place before, during or after the affair.

What is painfully obvious is that Yidel and Mindy have yet to learn how to communicate effectively with each other on this and many other issues. They each know what they want and are very clear as to why they want it. But, so far, they have consistently failed to work out a better system for negotiating with each other. Should we say that the problem disrupting Yidel and Mindy’s marriage is chasunahs? Or, would it be more accurate to attribute the strain in their marriage to their joint inability to resolve differences with each other? Some people mistakenly believe that the key to success in marriage is finding someone who agrees with them on everything. After all, they reason, if they can find mates with identical tastes, preferences and desires then they will have blissful marriages free of any friction or disagreement. Those who look for mates who share all of the same tastes, preferences and desires, however, often find that does not guarantee a happy marriage.
What, then, is the key to success in marriage? What is it that sets the successful marriages apart from the failures?

Good marriages are characterized by the facility with which the couple can negotiate and resolve their differences, not by the absence of disagreements. By the same token, stressful marriages are generally those in which the couple has not yet learned how to communicate clearly and effectively without fighting and arguing.

“What is effective communication?” Dovid asked me when he arrived for an initial consultation with his wife, Esther. “I keep begging Esther to make sure there is cold seltzer in the refrigerator when I get home from work but it is almost never there. I even try to put a bottle in the fridge the night before. But then she finishes it during the day without replacing it. I know she’s busy at home with the kids. But how long does it take to place seltzer in the fridge?

“I have a long commute on the subway each day. It is hot and crowded on the train in the evening. I don’t mind if supper is not ready, I come home at odd hours and cannot expect my food to be ready the minute I walk in the door. But at least I’d like to refresh myself with a cold glass of seltzer. “I’m not asking Esther to pour the seltzer and serve it to me. She is usually bathing one of the kids at that time. And believe me; I appreciate all the housework that she does. I certainly don’t think I could manage as well as she does if I had to keep house. But no matter what I do or say, I haven’t been able to get across to Esther how much I need that cold glass of seltzer when I walk in the door.

“You talk about communicating effectively. I used to think that I was a pretty effective communicator. I’m a partner in one of the largest C.P.A firms in the city. But when I try to communicate with Esther about the seltzer, I feel that I’m just not getting through.”
Dovid did not feel that he was being heard at home. And he was right. Esther was not really listening to him. She was not even paying full attention to him when he spoke. And she certainly did not fully understand the depth of his feelings. Of course, part of the problem was that Dovid was not doing a very good job of listening to Esther, either.

—
Dr. Meir Wikler is a noted psychotherapist and family counselor in full-time private practice with offices in Brooklyn, N.Y. and Lakewood, N.J. He is also a prolific author and sought after public speaker.

This article has been reprinted with the permission of the author and publisher from Ten Minutes a Day to a Better Marriage: Getting Your Spouse to Understand You by Dr. Meir Wikler (Artscroll, 2003).