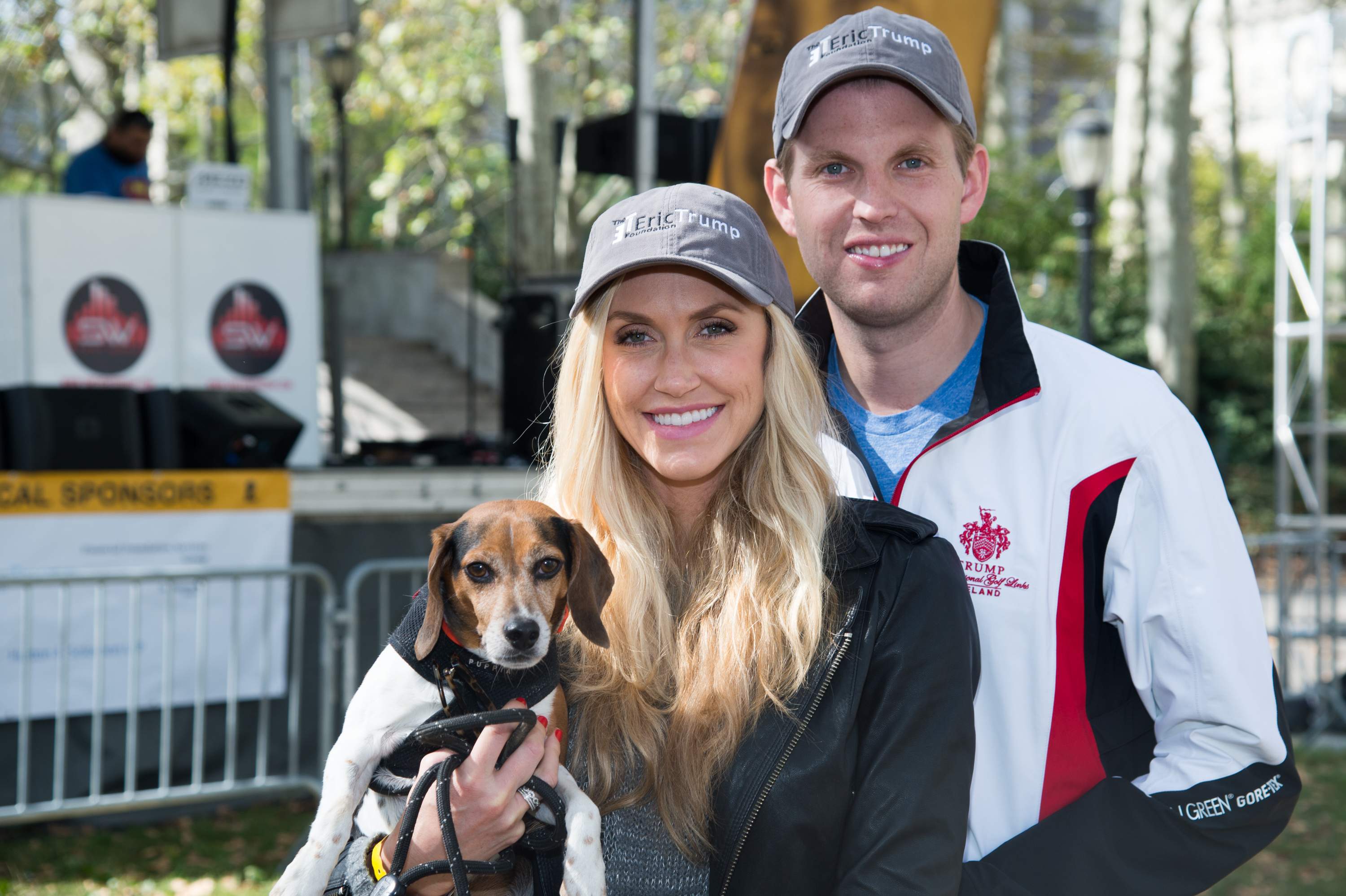 Though media outlets (including JTA) widely reported that Lara Trump  is Jewish, she is in fact not a Jew, a White House Press Office representative confirmed to JTA on Tuesday. The representative declined to give her name.

Following a Monday announcement by the couple that they were expecting a baby boy, it seems Jewish media outlets went into a bit of a baby frenzy.

The false impression that Lara Trump (nee Yunaska), a former personal trainer and producer for CBS’s “Inside Edition,” is Jewish seems to trace back to a 2014 Page Six article in the New York Post that said the couple wed under “a crystal-embellished chuppa” (with Jewish brother-in-law Jared Kushner officiating). It’s not clear whether the canopy was, in fact, inspired by Jewish custom, but following the publication of that article, Jewish media outlets referred to her as Jewish.

(JTA) President Donald Trump has a new grandchild on the way.

Son Eric Trump and his wife, Lara Yunaska Trump, the former personal trainer and former CBS producer for “Inside Edition,” announced Monday on Twitter that they are expecting a baby in September.

The baby, who the couple announced is a boy, will be Trump’s ninth grandchild. His daughter Ivanka, who converted to Judaism when she married husband Jared Kushner in 2009, has three young children.

.@LaraLeaTrump & I are excited to announce that we are adding a boy to #TeamTrump in September. It’s been an amazing year. We are blessed! pic.twitter.com/ENrhdxdziA

The president tweeted his good wishes to his son and daughter-in-law.

Congratulations Eric & Lara. Very proud and happy for the two of you! https://t.co/s0T3cTQc40

Congratulations @LaraLeaTrump & @EricTrump! We’re so excited for you both. You’ll be incredible parents & we cant wait to meet our nephew!

Jared Kushner officiated at the couple’s wedding at the Mar-a-Lago Club in Palm Beach, Florida, in November 2014.