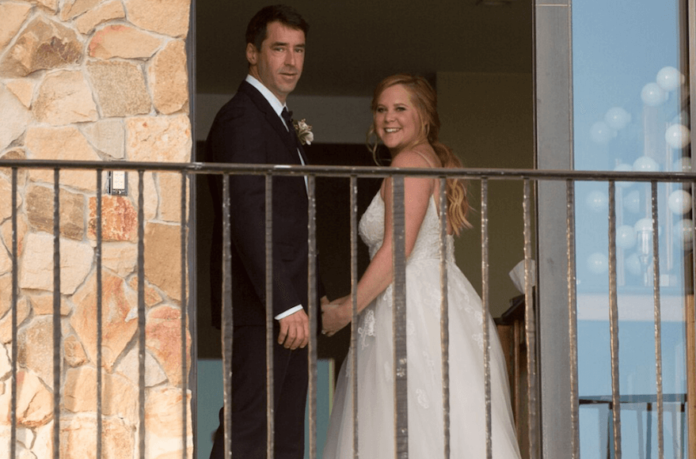 (JTA) — Comedian and producer Amy Schumer got married to chef Chris Fischer in a small ceremony in Malibu, California.

Actors Larry David, Jake Gyllenhaal, Jennifer Aniston and Jennifer Lawrence and were among the approximately 80 guests present at the reception Tuesday, according to People Magazine.

The “Trainwreck” and “Snatched” star shared photos of the nuptials Thursday on Instagram, complete with a tutu-wearing pooch on her aisle, according to the Associated Press. The couple also participated in the Jewish wedding tradition of breaking glass.

She also urged people in a post to consider donating to Michael Bloomberg’s gun control nonprofit Everytown for Gun Safety, to support gun safety in the aftermath of the latest deadly school shooting, in Parkland, Florida.

Schumer, who is Jewish, and her husband only just made their relationship social media official with a photo Sunday on Instagram. Rumors first popped up last November when the two were photographed together.