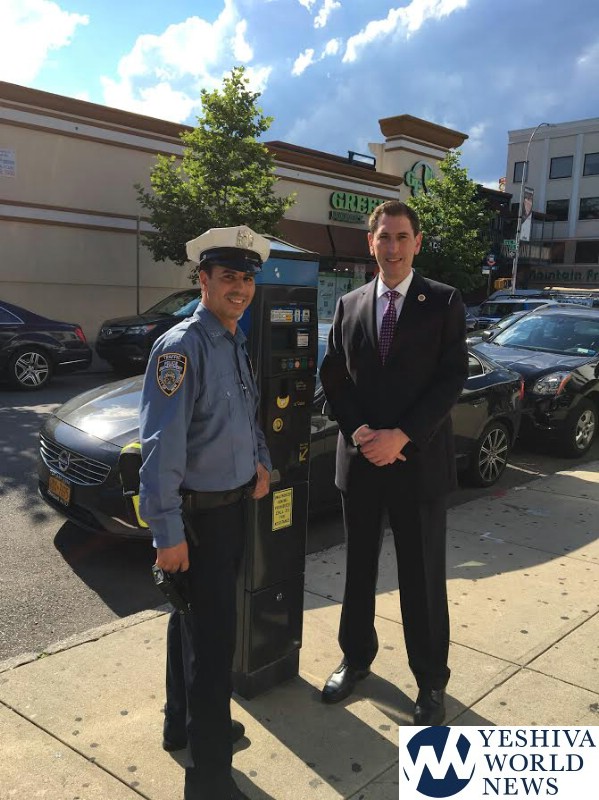 Councilman Chaim Deutsch announced today that he has successfully advocated for the installation of “Shabbos meters” in the Flatbush area, including on parts of Avenue J, Avenue M, Coney Island Avenue, Avenue N, Avenue O, and the surrounding side streets with existing muni-meters. The program will be implemented by the end of August 2017.

“Shabbos meters” are regular muni-meters that are programmed to allow for a Friday afternoon pre-payment of up to four hours of parking. This allows Shabbos-observant motorists to park at muni-meters before sundown, and not have to worry about receiving a summons before parking regulations end at 7pm.

Deutsch has worked closely with Department of Transportation Commissioner Polly Trottenberg to bring this program into the Flatbush community, citing the need for accommodations for the observant community. “Lack of parking is one of the most pervasive issues facing Brooklynites, and something that I have tackled throughout my district by adding more than one hundred parking spots. During the winter months, when sundown can be as early as 4pm, residents who observe Shabbos are limited in where they can park. This new program will allow drivers to park in metered spots with enough time to pre-pay before Shabbos. Thank you to Commissioner Trottenberg for working together with me to accommodate the needs of the religious community.”