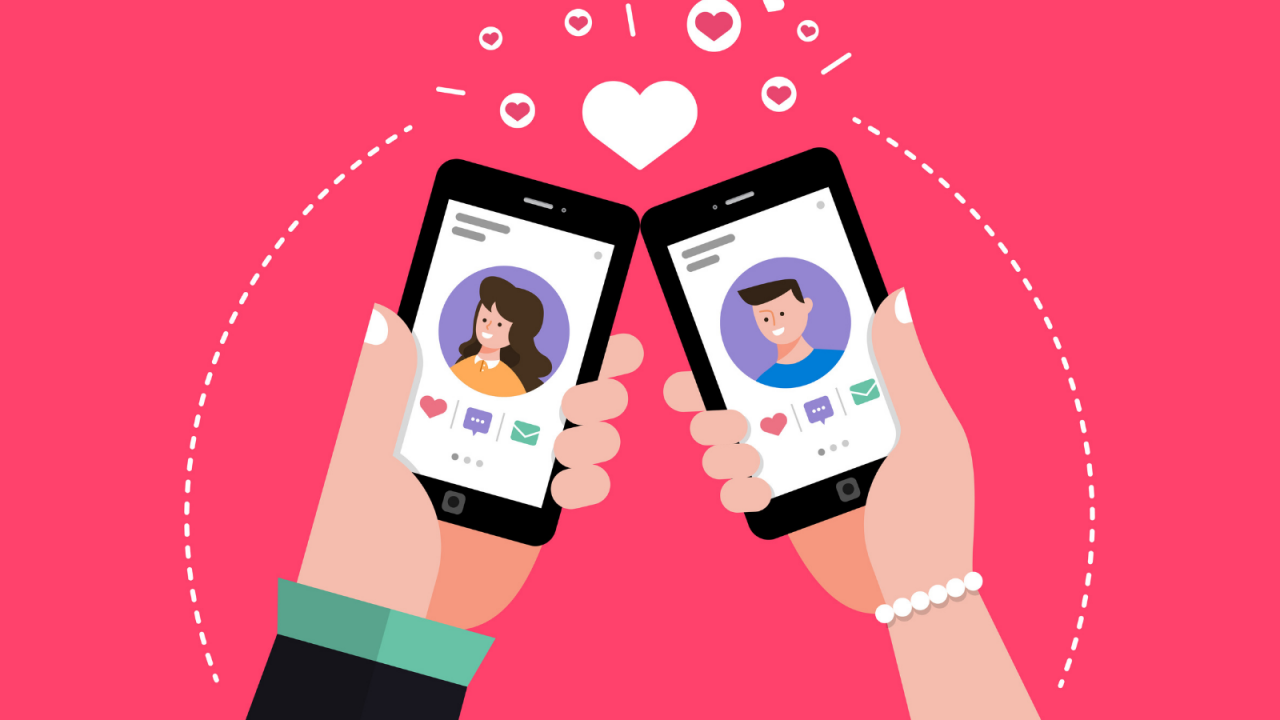 Relationships these days are complicated by all of the options on social media. With temptation around every corner, how is anybody supposed to settle for one person? A new trend called ‘pocketing’ is giving some people in committed relationships more options for dating on-line.

Fortunately, couples often advertise their partners on their social media, which tells the rest of the public that it’s ‘hands off’. At least, this has become the norm with apps like facebook and instagram which are heavily image-based.

But what happens if one person doesn’t publish their partner on their IG grid, for example? First of all, there could really be no problem. Not everyone likes to publish their intimate lives on their profiles. Besides, sites like Instagram and Facebook are often becoming bigger tools for business and networking.

So then what’s the problem? The issue begins when a person purposely leaves out their partner with the hopes of appearing available to others.

According to Justin Sylvester who was guest co-host on an episode of TODAY with Hoda & Jenna, this new trend is more about acknowledgement than anything.

“Pocketing is when one person doesn’t acknowledge or post their boyfriend or girlfriend on their social media,” he said.

As previously mentioned, this might not be such a big problem. However, Sylvester thinks it’s a big warning sign.

“Girls, if you’re in a relationship and your man hasn’t posted you, nine times out of 10, you’re a sister wife,” he said. “And you didn’t even know it.

Sometimes though, one of the people in the relationship might not even be on social media, so then what does that mean for this trend? Host Jenna mentions in the interview that her husband, Henry Hager, doesn’t have an instagram account.

“OK, but I have a husband and he doesn’t post anything about me,” she said. “Does he need to get on Instagram just to put our love out there?”

“No,” Sylvester advised. “Don’t ever, ever walk your man into Instagram if he doesn’t have it.”

This could be part of the insecurity in the age of social media and dating applications, since being part of any platform automatically exposes anyone to a ‘market’ of people. After all, the main thing people post are selfies showing off their looks or bodies, so of course this will entice some to send a private message.

That’s not going to stop the use of such apps like POF, Badoo, Latin American Cupid, or Skip The Games. But it is the new generation’s growing trend. This is especially true if they don’t see a relationship status, or it isn’t obvious from the pictures on the profile.

Private messaging is colloquially called “sliding into DMs” on instagram, which is something all users have the ability to do. This feature opens up a world of possibilities since anyone can reach out to anyone else, even if there is a difference of followers in the millions.

Sylvester believes that many people don’t have the best intentions when sending a private message. In fact, they might be very aware of an existing relationship, but are taking the opportunity to send a message which is private and only between both of them. This also exposes a darker side of many people who would be willing to entertain these types of solicitations, despite being in a committed relationship.

“There are some nasty people out there that will slide into someone’s DMs because they think your man is the one,” he said. “So keep him off social media.”

However, if they are on social media, then there’s no reason to “pocket” a partner. Instead, it’s best to advertise them as soon as possible.

“This is the thing, ladies and gentlemen,” Sylvester said. “I always say, if I’m in a serious relationship and we’re ready to take that next step and we have to have that exclusive conversation, then you should let the world know.”

According to relationship expert and author Susan Winter, “pocketing” can really happen to anyone, but she doesn’t advise it. Ultimately it can be hurtful to the other person, who may feel left out or unwanted because they don’t see themselves reflected in their partner’s virtual life.

“You can’t have it both ways. You can’t get the best of us in private and then hide us from the public. It makes the person feel like you’re ashamed of them, or that they’re inferior or inadequate and nobody wants to feel that way,” she said.

Winter has experience analyzing how people on both sides of a relationship feel, especially when beginning a new partnership. According to a video titled “The #1 Reason Why New Relationships Fail”, she describes that there must be a common language and joint protocol to secure the longevity of the relationship.

“We each have an idea of what it looks like when a person cares for you,” she said. “And in the beginning of a relationship when you’re getting to know your partner, both people are scared, both are measuring their journey- am I going too fast, too slow?”

These thoughts are very personal, but it’s important to know that both people are feeling them. Therein lies a clue to why “pocketing” can be so damaging to a new couple just starting out.

The secrecy inherent in this trend creates a divide in the communication, and they get off on the wrong foot before they’ve even really gotten to know each other.

Winter says the best advice she gives to those in a new relationship is to take time to look at where the disconnect is happening. Doing this provides the opportunity to think about whether the other person is following the same protocol, or if they are operating under a different design.

Is “Pocketing” a New Trend?

Winter also pointed out that “pocketing” is not a new dating trend, and has been going on for years. Now, she says, the difference is that it’s happening on social media.

This bit of information might be eye-opening for many who might have felt “pocketed” in real life, before social media. This can often happen in social situations when someone meets another person and they are not honest about their relationship status.

Why people do this varies from person to person, but it’s what Winter calls ‘bad dating behavior’.

“Every week, I am reading a new term for BDB, bad dating behavior. The list seems endless, but this behavior has been around for a very long time,” she said. “And anyone who has been considered a side chick or somebody who’s dating somebody, and they tell their friends that they’re seeing this person yet their friends have never met them, and they’re not connected on social media- this is just the outgrowth of that.”

Winter also added that she believes this trend is about not wanting a partner to become part of an “inner circle.” One can know where they stand in a relationship, she says, by how far into that circle they’re allowed in. This is demonstrated by being introduced to friends and family, being invited to company parties, and so on. Of course, this also involves being visible on the public face of that person- their social media.

If none of these invitations have been extended, then “You definitely do not have a partner,” Winter concluded. “Not in the traditional sense. You are simply sleeping with somebody who is keeping you on the periphery of their life.”

The pocket trend hopefully ends up in something fruitful but for those hard on luck, there’s still options like a local hookup app, a more transparent dating solution that has no strings attached.

For those who specifically use dating applications, there are a couple of well known types of daters to look for. Sex therapist Shadeen Francis believes that those looking for a partner care more about their emotional and sexual well-being more than ever before.

“After getting more in touch with themselves, people are now choosing to pursue relationships in ways that actually feel in alignment with what they want,” she says.

The pandemic has surely offered some time for reflection and helped people sort out what they want. Now when they are dating on-line they know what they are looking for. According to relationship site wellandgood.com, there are six of these new dater personality types.

The first is the intentional dater. This person is clear about what they want and communicates it directly to the other person. With no time for games or the drawn-out process of getting to know each other, the intentional user is blunt and transparent.

This can often seem a little rough though, as Logan Ury, director of relationship science at Hinge says, “In 2022, we expect to see an increase in ‘hardballing,’ a dating term that means being up-front from the beginning about your relationship expectations.”

The second type is the health-conscious dater who is specifically looking for whether the other person is vaccinated against Covid-19 or not. This might seem silly, but with the topic of vaccinations becoming so politicized, it is often a good first filter for meeting someone who aligns more closely with a person’s values.

It doesn’t stop there, however, as the health-conscious dater is also thinking about safer sex practices and testing history. “Now, it’s actually very common for people to ask you about your health and medical history with COVID,” Frances says. “So I imagine that’ll extend to things like STI status, too.”

The Intelligent and Explorative Daters

While the pandemic may have helped produce the intentional dater, there are also those who had a much more introspective experience. As a result, they became much more resilient and self-aware, and now they look for the same in a partner.

A survey from Match concluded that about 83 percent of app users are looking for emotional maturity in a mate. Similarly, other surveys showed that singles are more interested in meeting people who take an active role in taking care of their mental health.

Logan Ury believes this may even be a fast-pass ticket to scoring more dates.

“The hottest accessory in 2022 will be a receipt from your therapist,” he said. “Singles who took the time to self-reflect throughout the year are looking for someone who is also working on gaining a better sense of themselves.”

And although some are looking for emotional maturity, others are just looking for some plain fun in the bedroom. The boom in sex-toy sales during the pandemic may show that people are more open to exploring different ways of achieving their sexual goals.

“Human beings are wired to seek pleasure and avoid pain,” says Satori Madrone, relationship coach and sexologist. “With the overemphasis of pain, uncertainty, and upheaval created by the pandemic, it’s onlly natural that we search for or create conditions that give us pleasure, including opportunities for new kinds of sexual pleasure.”

Overall sex can be a great way to relieve stress, increase mood, and simply become better acquainted with one’s own body. Now more than ever this can be a powerful way to help heal some of the trauma and anxiety of our age.

While there are certainly more types of daters and trends emerging, it’s a good idea for users to think about what they want in an app or partner. This will eliminate a lot of unnecessary, and often time-consuming, effort spent on sifting through the endless possibilities.

Narrowing down the choices also promotes a healthier and longer-lasting relationship.Unless, of course, someone just wants to have a little fun and explore, in which case the field is open.