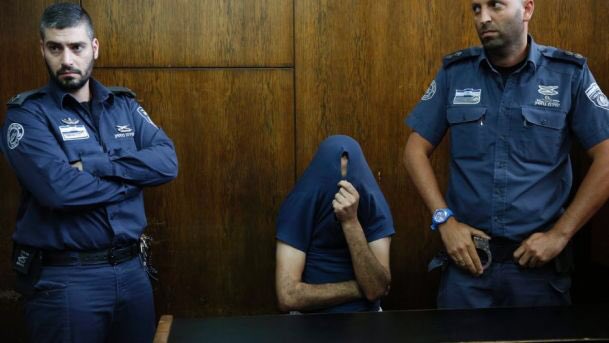 For months, law enforcement officials have said they believe most of the threatening calls to Jewish community centers originated overseas. Now we know that the  NYPD’s Deputy Commissioner & head of counter-terrorism, John Miller, said that “one person one person is behind a large number of the threats”. That one person is  an 18 year old teen, which Israeli police have just arrested for a series of threats to Jewish communities in the US, Europe, Australia and New Zealand over the past six months.

Gilad Erdan, Israeli Minister of Public Security released the following statement on the arrest  Israeli teen in connection to the JCC bomb threats

Rosenfeld says the suspect is “the guy who was behind the JCC threats,” referring to Jewish community centers in the U.S. that have received dozens of anonymous threats in recent weeks.

Rosenfeld says the man, from the south of Israel, used advanced technologies to mask the origin of his calls and communications to synagogues, community buildings and public venues. He says the suspect also made threats in New Zealand and Australia.

He says the investigation was carried out with the help of the FBI and police from other countries.

The 18 year old is a dual US-Israeli citizen from Ashkelon was arrested on being behind most of the bomb and other threats to Jewish communities wordlwide, including the United States, Europe, New Zealand and Australia, spanning over the past six months. Additionally, police detained the suspect’s father on suspicion that he knew of his son’s activities

A source revealed that the 18 year old is not in the IDF and is not an Orthodox Jew, not much else is known about the teen or the motivations behind the calls. A Rishon Lezion magistrate’s court has placed a gag order on the case.

Earlier this month, the NYPD’s Deputy Commissioner & head of counter-terrorism, John Miller, said that the threats were co-ordinated by onne man and a man using a voice changer was behind them.

Fox News contributed to this report