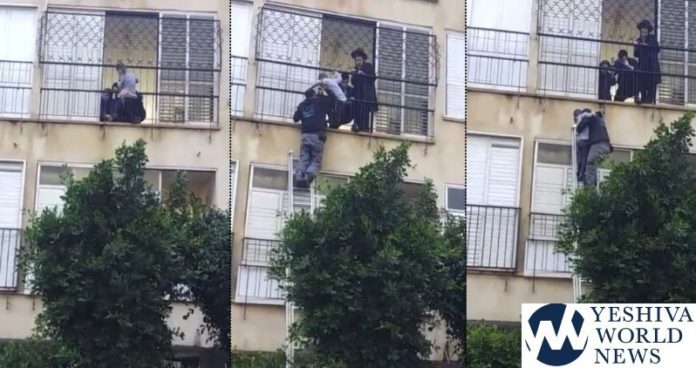 Thanks to the fast action of an Israeli Arab, a young child in Bnei Brak was spared harm – or chas vesholom even worse.

According to a report by Bichadrei Chareidim, the 8 year old child was on the 4th floor balcony after being locked out of an apartment on the 4th floor. For reasons unknown, instead of knocking on the apartment door to get back inside, the child opted to dangerously climb down the exterior of the building.

Passerby’s and neighbors watched in horror as the young child dangled from floor to floor. He stopped on the second floor on the exterior of the balcony.

Miraculously, an Israeli Arab contractor was passing by and had a ladder on top of his truck. He sprung into action, and put his ladder on the building and carried the child down to safety.