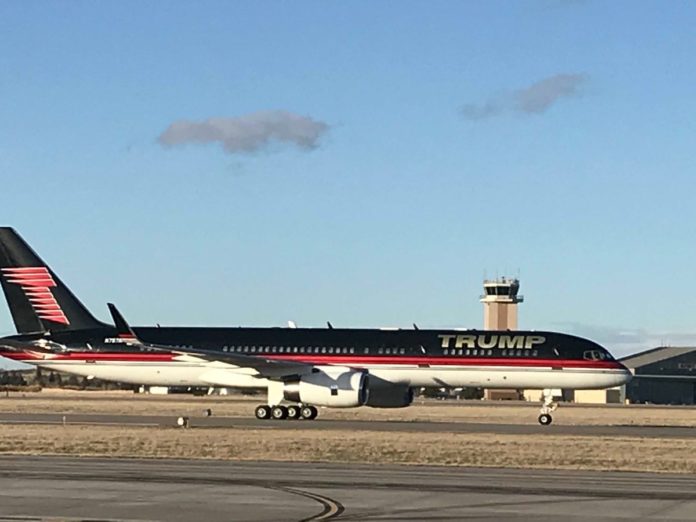 You may be wondering, where did Ivanka Trump and Jared Kushner spend Pesach?

Turns out it was in the great state of Wyoming!

Her tweet itself contained a photograph of a Trump-branded Boeing 757 on a tarmac, backed by a nearly cloudless sky.

Mayor Orr would later break the news to KGWN, a local TV station, that it was actually the Kushner family on the plane, which is owned by Donald Trump.

While the extended Trump family spent the Easter holiday at Mar-a-Lago, Ivanka, her husband, Jared Kushner, and about two dozen members of the Kushner tribe landed in Cheyenne.

According to Orr, they took a private escort to Saratoga, (population: 1,686) a pastoral town in Carbon County, where they would stay for about a week.

The plane would stay on the tarmac all week, and it became a spectacle for the locals, who’s town no longer has air service.

Cheyenne Mayor Orr even got a special tour inside and posted photos to twitter.

Welcome to Cheyenne, WY @POTUS family. I’m no Melania or Ivanka navigating those stairs – what a fun treat to tour the plane. Enjoy your stay in our state! pic.twitter.com/3J4MMqYzQK